By Dietmar Seipel and Carolina Ruiz.

It is with great sadness that we inform the CS community of Jack Minker’s passing on April 9, 2021.
Jack was a pioneer in deductive databases and the leading researcher in disjunctive deductive databases.
He spent most of his career at the University of Maryland, College Park, where he was instrumental in the creation of the Computer Science Department and served as its founding Chair from 1974 to 1979.
Jack was also the head of the PRISM research group on Logic Programming and Deductive Databases at the University of Maryland. Over the years, his research group hosted and nurtured numerous collaborators and dozens of PhD students. 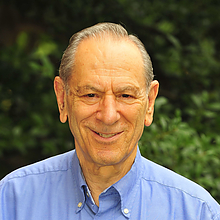 Jack started working on theorem proving in the 1970’s, at around the time when the logic programming language Prolog was developed and implemented in Marseille, France, in 1972 by Alain Colmerauer with Philippe Roussel, based on Robert Kowalski’s procedural interpretation of Horn clauses. In the 1980’s, Jack visited and collaborated with the groups of Hervé Gallaire and Jean Marie Nicolas and held the first workshops on deductive databases with them.
Jack also organized the Joint International Conference and Symposium on Logic Programming (JICSLP) with his students in Washington D.C. in 1992.
The ALP bestowed the title of “Founders of Logic Programming” on Jack and fourteen other distinguished researchers in 1997 to recognize them as pioneers in the field.
Throughout his career, he also worked on non-monotonic aspects of deductive databases including cooperative query answering, minimal model reasoning, disjunctive consequence operators, generalized closed-world assumptions, and (partial) stable models. He wrote numerous seminal papers on deductive databases and disjunctive logic programming.

Jack was also an internationally recognized leader in scientific freedom and human rights. He was instrumental in creating awareness of and advocating for more than 300 computer scientists in 13 different countries whose scientific and human rights were being violated.
His efforts between 1974 and 1990 made a tremendous difference in the lives of many scientists around the world. Jack’s work and leadership were recognized by the prestigious Heinz R. Pagels Human Rights of Scientists Award, which he received in 2011. Jack considered this work one of the most important and rewarding aspects of his career.

In addition to being an outstanding researcher and a visionary, Jack was a warm, kind, and caring person. As a colleague, collaborator, and Ph.D. advisor, he was an inspiring role model, a wise mentor, and a beloved figure.
Jack had a deep appreciation and respect for everyone’s contributions and points of view and cared profoundly for others.
He was a devoted family person and instilled in his students and collaborators the importance of forming a strong and supportive academic family.

Jack will forever be in the hearts and thoughts of the many whose lives he touched.